AZ: Move and Get Shot is the result of a net based project created entirely by an algorithm (a bot) that collected images of six surveillance cameras placed in the US/Mexico Border from 2011 until 2014.

These cameras were part of an online platform created by a group of landowners with properties near the U.S. border, in the state of Arizona. The site shows the images of six surveillance cameras located in the border territory. The main purpose of this group was to provide the public with raw images of immigrants crossing the border illegally through their lands. Each camera incorporated a motion sensor which triggered the capture of images when it detected the slightest vibration of the landscape. Then, these captured images were sent to a server and displayed directly on their web page.

While the main goal of the landowners was to capture and disseminate photographs of immigrants entering the United States illegally, the camera was programmed to detect and record any movement. By delegating the surveillance to a machine, the human intention was lost, and the original purpose was transformed, resulting in a collection of images which revealed not only immigrants but all kinds of human, animal and natural activity. Therefore, this action of monitoring the border became something uncontrollable and potentially meaningless.

The piece was composed of six independent films automatically composed of the images captured by each camera. Every 24 hours, a Bot detected whether new pictures coming from the cameras had been uploaded. These new images were saved to a local server and added algorithmically right after the last frame of the corresponding video. Thus, the films expanded and revealed, day by day, how the human, the animal, the natural and the technological coexisted on the Arizona borderland. 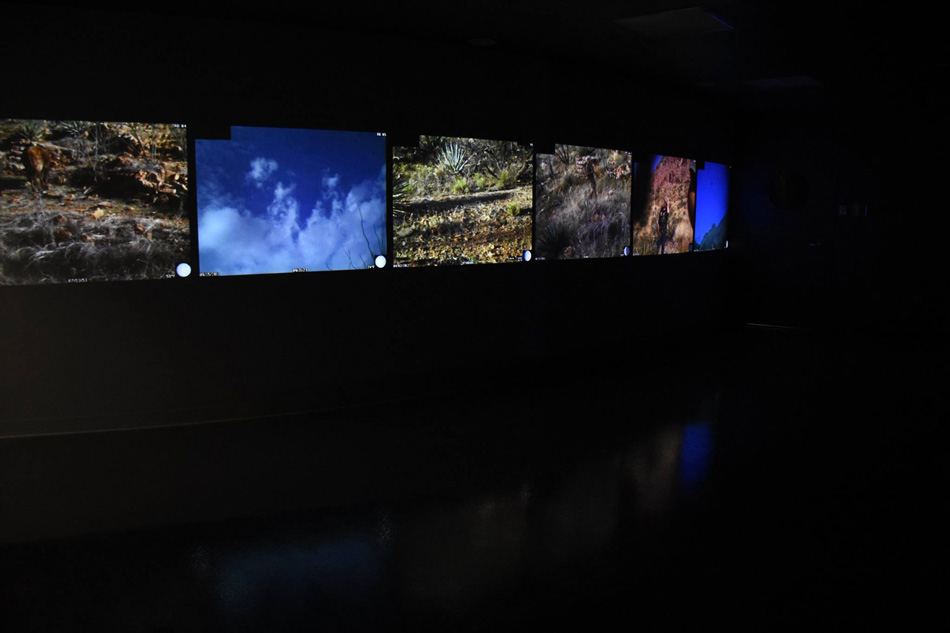